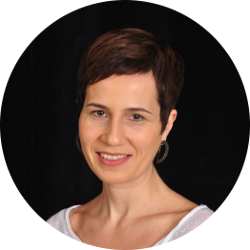 Resumo: This talk will introduce methods to measure Internet traffic. The observation of Internet traffic  is key for network engineering, for anomaly and intrusion detection, as well as for the analysis of Internet application performance.  We will first cover methods to measure traffic at different granularities: IP-level packets, flows, and interface. Then, we will discuss how to use traffic measurements to learn the traffic matrix. Finally, we will discuss the privacy issues related to traffic measurements and techniques to anonymize packet traces.

Bio: Renata Teixeira is a senior researcher at Inria Paris. She received her Ph.D. degree in computer science from the University of California, San Diego, in 2005. During her Ph.D. studies, she worked on Internet routing at the AT&T Research. She was a researcher with the Centre National de la Recherche Scientifique (CNRS) at LIP6, UPMC Sorbonne Universites, Paris, France from 2006 to 2013. She was a visiting scholar at UC Berkeyley/ICSI in 2011. Her research interests are in measurement, analysis, and management of data networks. Renata is co-auhtor of the MOOC “Internet Measurements: A Hands-on Introduction”. Renata is vice-chair of ACM SIGCOMM. She was a member of the steering committee of the ACM Internet Measurement Conference and has been active in the program committees of ACM SIGCOMM, ACM IMC, ACM CoNEXT, IEEE INFOCOM, among others.